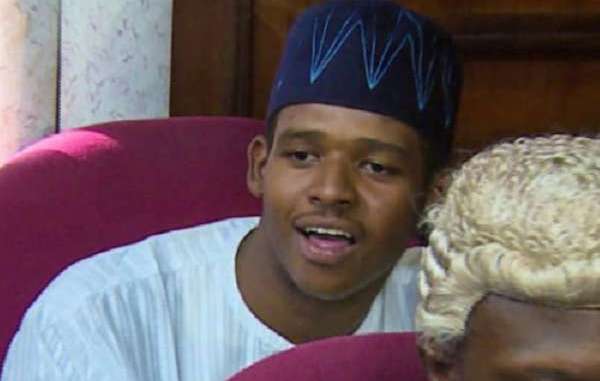 The Federal High Court, Abuja, has granted 60 million naira bail to Fasial Maina, the son of former Chairman, Pension Reform Task Team, Abdurasheed Maina.  Arranged on 25th October, alongside his father, the federal high court, sitting in Abuja, has admitted Faisal Maina to bail in the sum of 60
million naira.

Justice Okon Abang who gave the ruling also ordered that the defendant must produce a surety who must be serving member at the House of Representative from any geo political zone in the country.

The lawmaker, according to the court, must not be standing criminal trial in any court in the country. He also ruled that the surety must have landed property within FCT, and must always be in court with the defendant at each adjourned date.

When the surety fails to appear in court without a cogent reason, the court is at liberty to remand the defendant in custody.

He is to produce three years of his tax clearance certificate to the court. The court also ordered that the defendant deposits his American and Nigerian passport with the court.

Fasial Maina is being prosecuted by the Economic and Financial Crimes Commission on a three court charge of operating a fictitious account and
money laundering.

He pleaded not guilty to the 3 counts. The court adjourned to 27th November.

In another suit before Justice Abang, the EFCC filed evidence against Abdulrasheed Maina, the Court admitted a document tendered by the prosecution in compliance with section 84 of the evidence Act.

The document was a bank statement of the 2nd defendant , common input property investment Ltd, a company owned by the 1st defendant Abdulrasheed Maina.

The court overruled the objection of the defence counsel that the maker of the document needs to be in court in line with section 83(3) of the
evidence act.

Trial judge Okon Abang held that the 1st and 2nd defendant will not suffer any injustice if the document is admitted and United Bank for Africa is not
a person who can appear in court.

The matter was also adjourned to 27th November for continuation of trial.