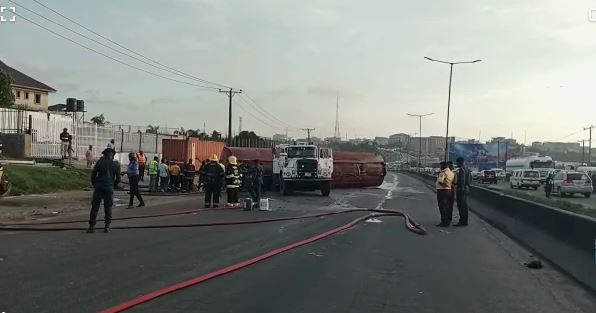 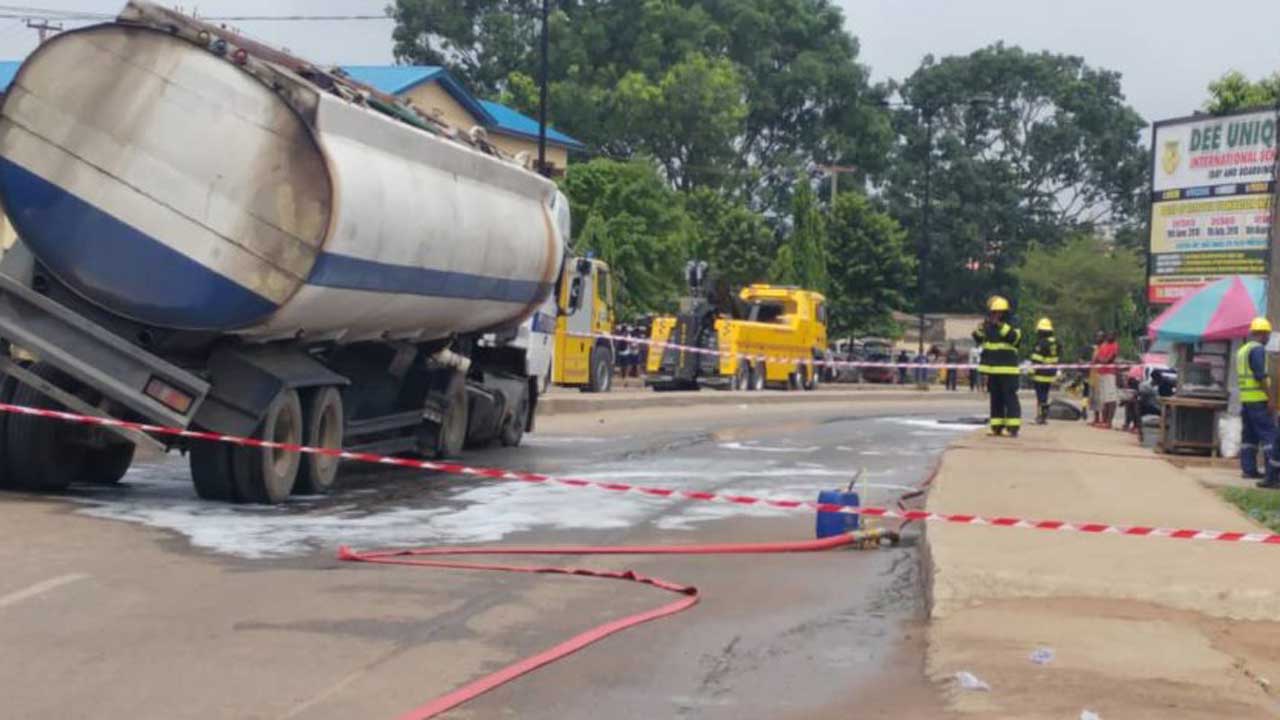 A truck laden with 33,000 litres of Automated Gas Oil commonly called diesel fell off while driving inward Berger shortly after the Otedola bridge.

The truck has been spilling It’s contents since the accident and a Physical assessment is being conducted in order to avert the occurence of fire incident. 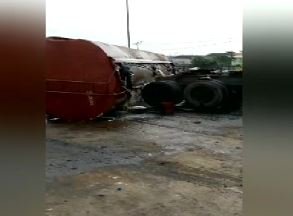 Vehicles are also being diverted away from the scene of the accident whose immediate cause has been attributed to failure of the truck’s brakes.