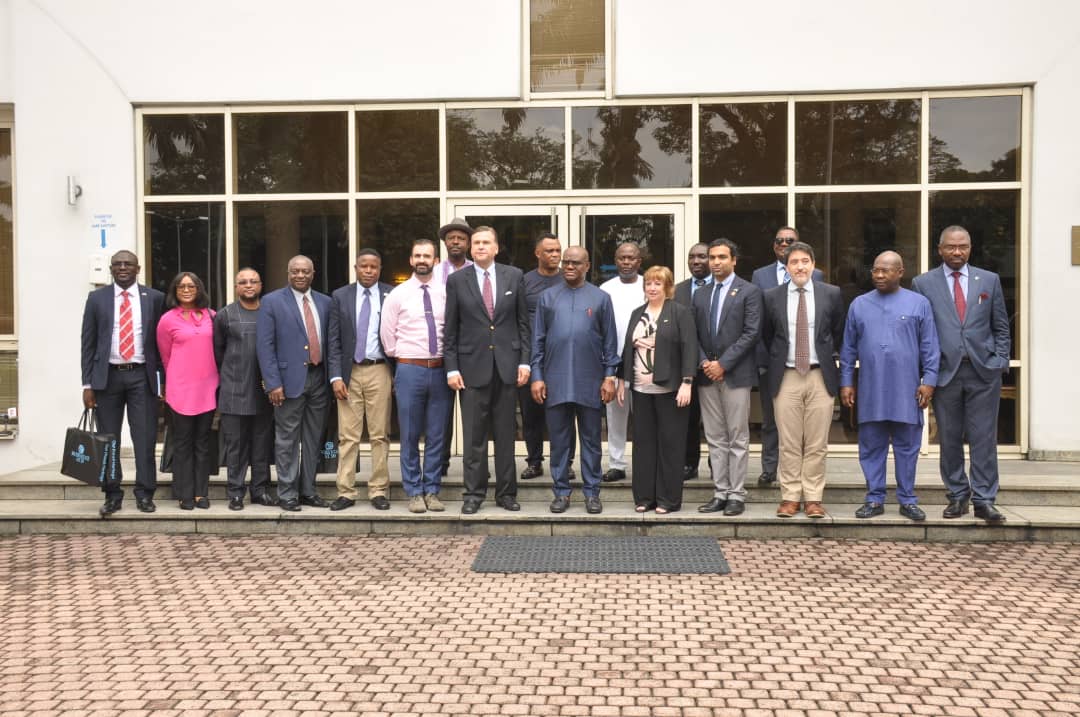 The U.S. President’s Emergency Plan for AIDS Relief (PEPFAR) administered by the U.S. Centers for Disease Control (CDC), U.S. Department of Defense, and U.S. Agency for International Development (USAID) is implementing an Anti-Retroviral Treatment (ART) surge program in Rivers state to identify and provide treatment to approximately 180,000 PLHIV who have not previously received such.

Ambassador Symington thanked Governor Wike for announcing his intent to eliminate user-fees for PLHIV. The U.S. delegation was in Rivers state to advocate for elimination of user-fees for all people living with HIV, antenatal care charges for pregnant women living with the virus, and other barriers hindering PLHIV from accessing health services.

The Ambassador emphasized Governor Wike’s pronouncement serves as an example to other states and the federal government to eliminate such user fees. On August 19, Ambassador Symington paid a similar visit to Akwa Ibom state governor Udom Emmanuel.

“The United States remains committed to supporting Nigeria as it works to reduce and ultimately eliminate the scourge of HIV/AIDS among its people,” Ambassador Symington said.

He noted the increased funding to make anti-retrovirals available would enable more people living with HIV to lead healthy, productive lives until the day a cure for the virus is found.

The Ambassador noted that disbursement of the additional PEPFAR HIV funds are contingent upon Nigerian federal and state governments reducing or eliminating financial barriers to PLHIV access to services, in particular fees charged by healthcare facilities for non-essential services or those already provided by PEPFAR.

Iran commends N/Korea for standing against ‘unilateral’ US demands