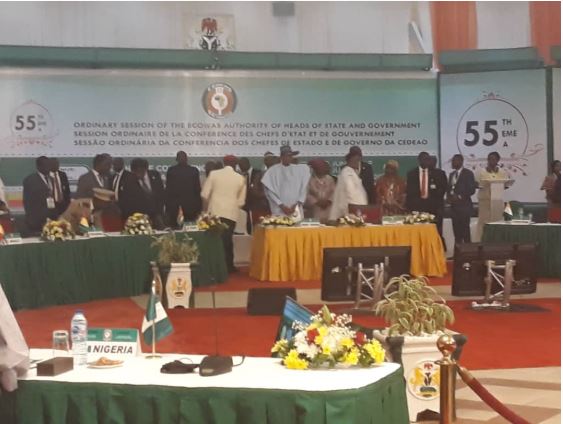 President of Niger republic, Issoufou Mahamadou has succeeded Nigeria’ President Muhammadu Buhari, to become the new chair of ECOWAS Authorities of heads of state and government.

In a very short ceremony, Nigeria’s President Muhammadu Buhari handed over to President Issoufou Mahamadou who, immediately gave his acceptance speech and declared the meeting closed.

The Permanent Secretary of the Ministry of foreign affairs, Mustapha read a communique on the decisions reached by the authorities disclosing that the date for the launch of the single currency remains January 2020 and the adopted name for the currency is ECO.

He also says the authorities deliberated and adopted the proposal on ECOVISA, a visa for the region as it would boost tourism.

The strategy adopted by the authorities of the Heads of State and Government on combating security will be defined at the next Extraordinary session in Ouagadougou, Burkina Faso.

The Authorities will be meeting next in Abuja, Nigeria on the 21st of December, 2019.