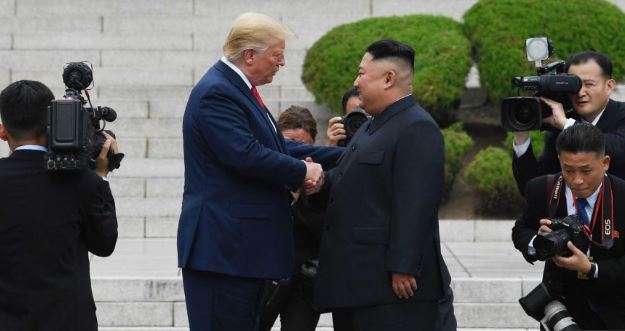 Donald Trump has become the first US president to set foot on North Korean soil as he meets with Kim Jong-un at the demilitarised zone.

Critics have dismissed it as pure political theatre, but others say it could set the scene for future talks.

Their last summit ended abruptly with no progress on denuclearisation talks.

The DMZ, which runs about 4km wide and 250km long, has divided the peninsula since the Korean War ended in 1953.