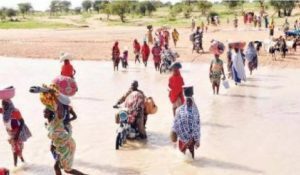 The Nigerian  Senate has passed a resolution asking the Federal Government to support victims of armed banditry in Zamfara state with ten billion naira.

Zamfara state has been under attack by armed bandits ,cattle rustlers and kidnappers who have terrorized innocent people almost on a daily basis.

The situation has led to the deployment of more  troops to the areas affected by the Federal Government in a bid to curtail the menace.

A recent measure put in place to address the security challenges facing the state is the ban on all mining activities across  the state.