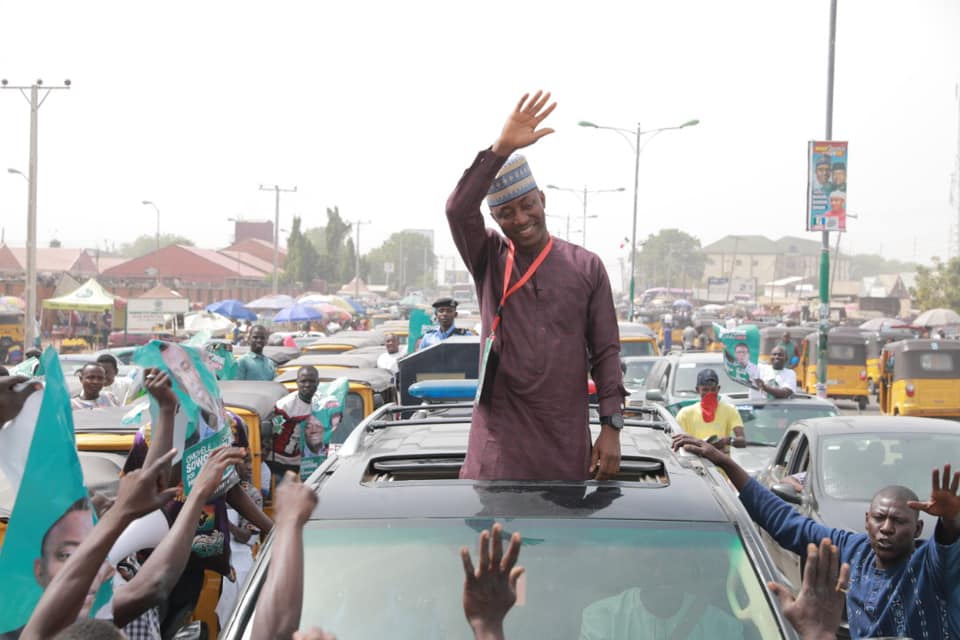 The presidential candidate of the African Action Congress, AAC, Omoyele Sowore has taken his campaign to Ondo State where he urged Nigerians to vote for young politicians who are passionate about the development of the country

Sowore who moved round Akure, the state capital asked Nigerians to vote for conscience rather than allow votes to be swayed by financial gains and transient gratifications.

The AAC Presidential candidate expressed optimism about his victory at the polls, stressing that the nation needs credible politicians to pilot its affairs.

He advised the youths not to allow themselves to be deceived by stomach infrastructure offered by desperate politicians during electioneering campaigns.

He added that a revolution that will consume the current political leaders is imminent.