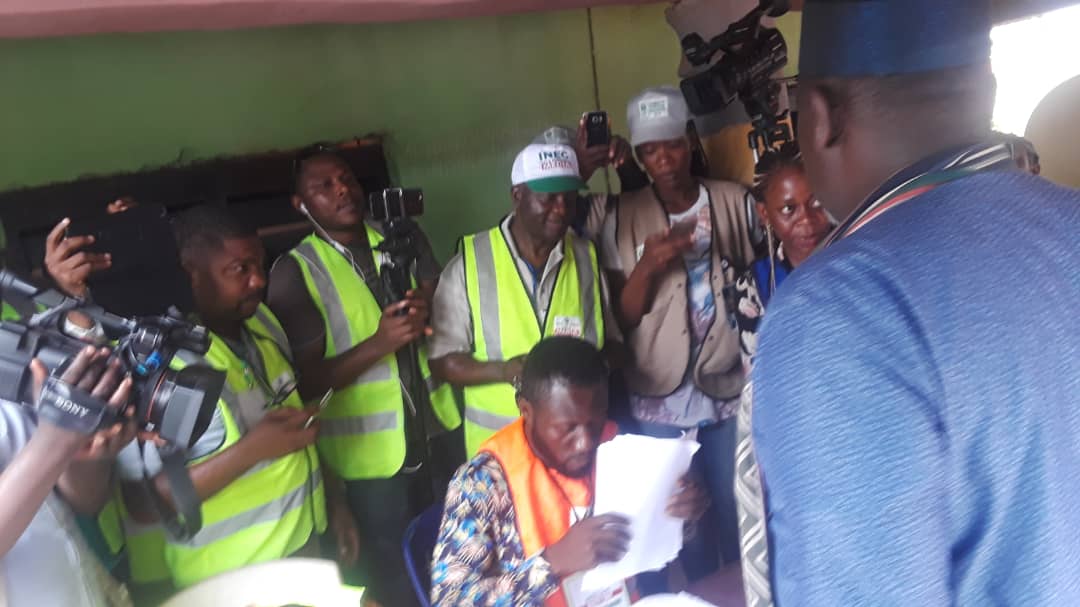 Divergent views have greeted the presidential and National Assembly election in Imo State.

While some people say that the Independent National Electoral Commission,INEC has done well in conducting the poll others cast aspersions on the electoral body for starting the process late as well as not providing electoral matters in some areas of the state

Our Correspondent Saturday Ochia reports that aggrieved voters from Umunna in Owerri North Local Government Area of Imo State were disappointed over the way and manner the Independent National Electoral Commission, INEC conducted the presidential and National Assembly Election in their various wards.They accused the electoral body of disenfranchising them from exercising their civic responsibility by a way of not making electoral materials available to them.

But different folks for different people .The Governorship Candidate of the Action Alliance Uche Nwosu doffed his cap for the electoral body in conducting a peacefu poll as well as starting the election on time.

However both gladiators have one thing in common. One after the other they highlighted some areas they want INEC to improve upon in the next elections.

Political analysts say that when these issues highlighted are put in place by INEC the next Governorship and States House of Assembly Poll billed to hold on March 9th will witness a tremendous improvement as complaints by the people will be reduced drastically.