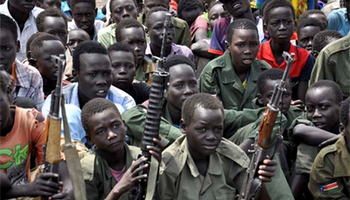 One hundred and nineteen children have been released from an armed group in South Sudan, bringing the total number of children released to 3 100.

The children were released in Yambio where they were associated with the South Sudan National Liberation Movement.

This release coincided with the International Day Against the Use of Child Soldiers.

More children are being freed from armed groups and armed forces in South Sudan. While this is an encouraging development, there is a long way to go before all of the more than 19 000 children still in their ranks are returned to their families.

President Buhari’s remarks at the signing of the peace accord