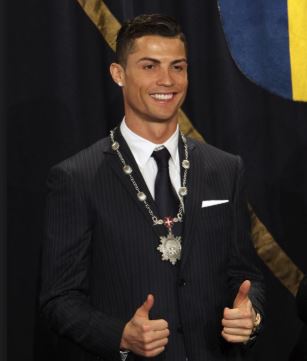 Portugal is considering withdrawing the national honours bestowed on football super star and five-time Ballon d’Or winner, Cristiano Ronaldo after he was fined in Spain for tax fraud.

Portugal awarded the Grand Cross of the Portuguese Order of Merit to the player in 2016 for winning the European Championship with the national team.

The Court also handed him a two-year jail sentence that was immediately reduced to a fine of 365,000 euros and another penalty of 3.2 million euros.

But the Juventus attacker’s honours from his home island of Madeira may not be affected.