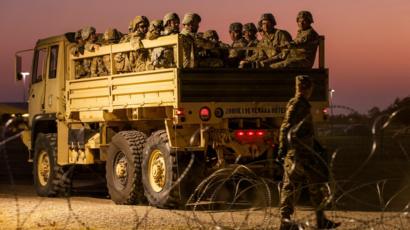 The Trump administration has proposed a new rule banning illegal migrants entering through the southern US border, from eligibility for asylum.

US proposes rule banning asylum for illegal migrants. The U.S. Departments of Justice and Homeland Security said the ruling would stop asylum for those who breach any presidential restriction on entry, stressing that the president can stop migration in the “national interest”.

He frequently attacked a caravan of thousands of Central Americans making their way north through Mexico, ordering troops to the border and declaring the migrants to be an “invasion”.