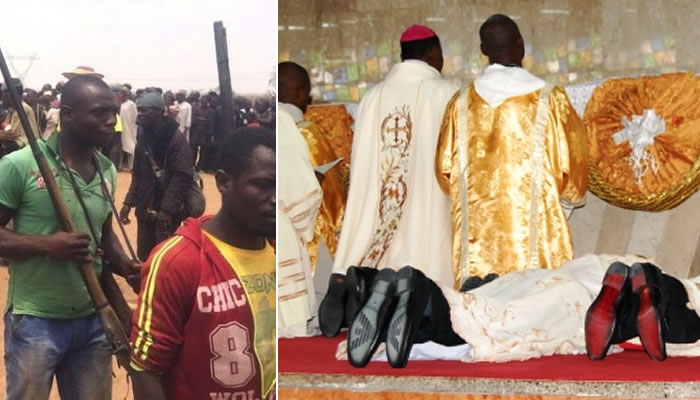 A Catholic seminary in Taraba State has been closed for a week, after an attack by suspected killer herdsmen.

A Priest has been shot in the leg and two others beaten up by suspected herdsmen in Jalingo, Taraba state.

Some students were also injured after the attackers invaded the Catholic seminary destroying property and cars within the premises.

Evaristus Bassey who is the Director of Caritas Nigeria, an agency of the Catholic Church and spokesman of the state police command have confirmed the attack. The injured are receiving treatment at the Federal Medical Centre in the state.

And Pentecostal Bishops in northern Nigeria have strongly condemned the resurgence of attacks on worship places, especially in Christian communities of the Middle Belt.

The Chairman of the Bishops, John Praise-Daniel describe the killings as unacceptable, and warn that failure to stop communal invasions will have dire electoral consequences next year.