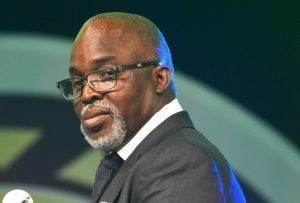 The Independent Corrupt Practices and Other Related Offences Commission (ICPC)

on Wednesday in Abuja inaugurated the Anti-Corruption and Transparency Unit (ACTU) of the Nigeria Football Federation, commending the football body for its zeal in establishing the unit and ensuring its inauguration.

At a brief ceremony that took place inside the NFF Secretariat, the Acting Chairman of the ICPC, Dr. Musa Usman Abubakar explained that the ACTU “is one of the strategies being deployed by the ICPC to monitor corruption and engender full compliance with transparency and accountability policies by Ministries, Departments and Agencies of Government.” The speech was read on his behalf by a representative, Mr. Ota Okorie, an Assistant Commissioner.

The ICPC boss added that the NFF’s role in “organizing domestic and international football is crucial to the promotion of unity within the Nigerian Nation and the world at large” and that “the ICPC through the ACTU seeks to implement a three –dimensional approach towards entrenching ideals in the workplace; as derived from its mandates of Prohibition and Prevention of corruption as well as enlisting and enlightening public servants on and against the ills of corruption.”

President of the Nigeria Football Federation, Mr. Amaju Pinnick, who was represented by NFF 2nd Vice President/LMC Chairman, Mallam Shehu Dikko, said the creation of the unit sits well with the present NFF administration’s vision and objectives of absolute transparency and accountability.

JUST IN: Senator calls for impeachement of President Buhari