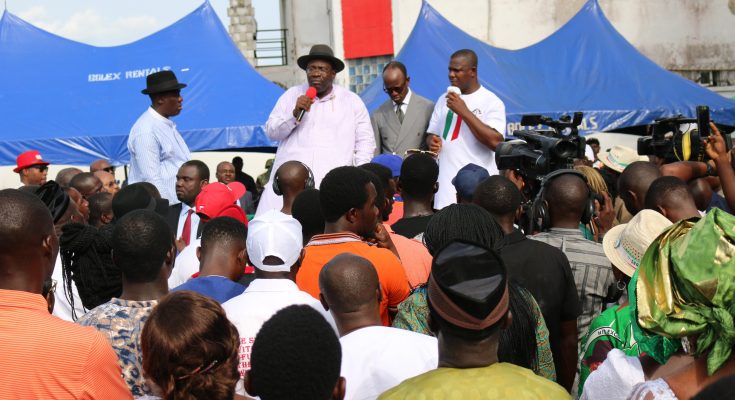 Thousands of All Progressives Congress members have dumped the party for the ruling Peoples Democratic Party in Bayelsa state. Speaking at the party secretariat in Yenagoa, the returnee PDP members describe Governor Seriake Dickson as a man of peace whose visionary leadership will ensure victory for the party at 2019 general elections in the state.

These are a happy times for the Peoples Democratic Party in Bayelsa state as thousands of party faithful return to the fold after a brief stint with the All Progressives Congress in 2015.

Governor Seriake Dickson calls on aggrieved PDP members to return and take their rightful place in the party.

The Bayelsa Governor charged the PDP state executive to accord the returnee members their full status at the wards, local government and state levels without any loss of pedigree.