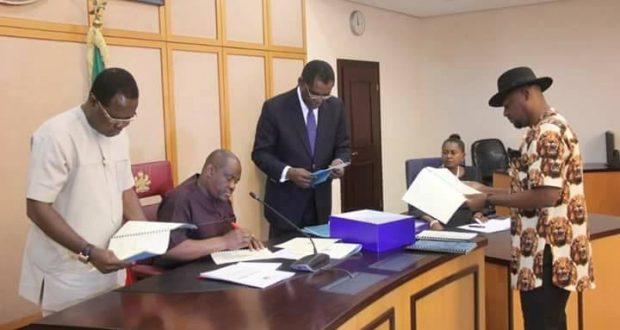 Police authorities said they are yet to come to terms with the operation of the newly established  Rivers State Neighbourhood Safety Agency.

The IGP asked to know if the State Police Commissioner was abreast with the law setting up the agency which has been described as a political tool of the state government.

Meanwhile, for the umpteenth time, the Inspector General of Police Ibrahim Idris has ordered the withdrawal of Police guards from politicians and other VIPs.

At a meeting with Senior officers, the IGP says it is necessary to enable the force tackle emerging security challenges.

But he makes a concession that any organization that requires police protection and is qualified for such will be granted.