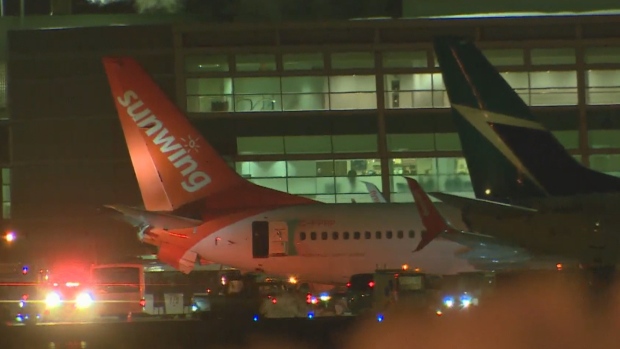 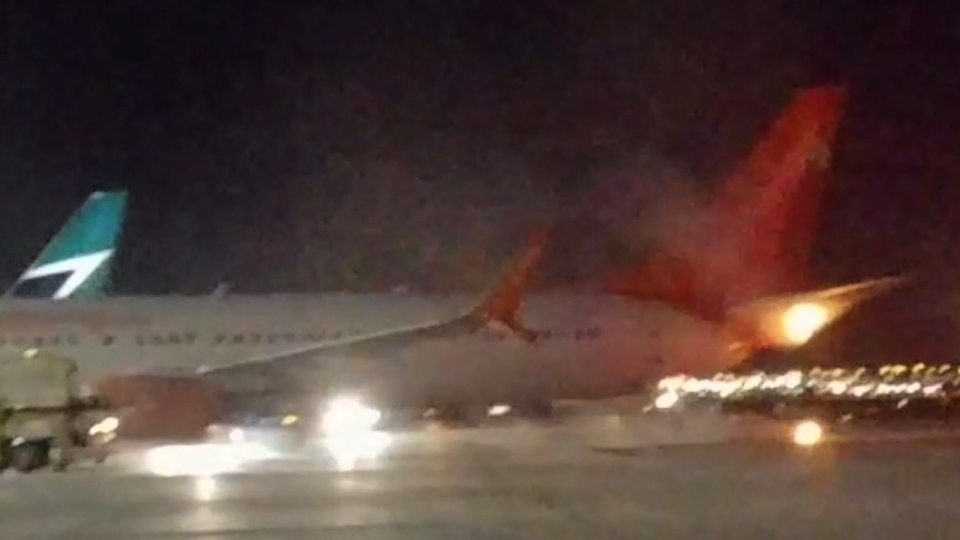 Emergency services responded to the collision between Sunwing Airlines and West Airlines.

The Calgary-based Westjet says all 168 passengers and six crew members on board its plane are safe and accounted for.

While Sunwing says there were no passengers or crew onboard its plane at the time of the collision.

A spokesman for Canada’s Transport Safety Board said a team is headed to the airport to investigate the incident.