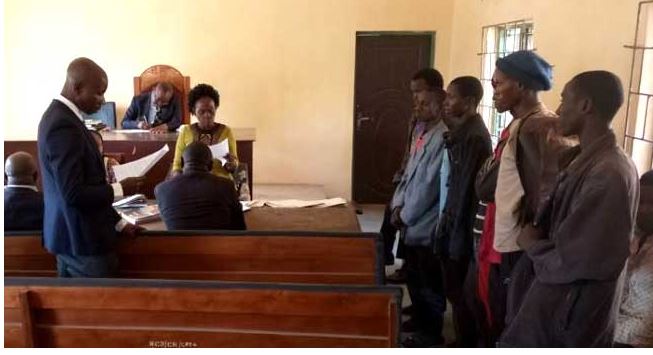 The police in Benue state have arraigned six suspected herdsmen over the killings in Guma and Logo local government areas of the state.

The suspects were arraigned at a chief magistrate court in Makurdi, the state capital, on Friday.

The police said they arrested eight herdsmen, six in Guma and two in Logo,suspected to be involved in the killings.

Samuel Ortom, the state governor, had said the incident claimed not less than 20 lives, including a pregnant woman and seven livestock guards.

Several others were injured, and are said to be receiving treatment at the Benue State University Teaching Hospital.

President Muhammadu Buhari had assured the state government and residents of the state that efforts are being made to bring the culprits to book and to avoid further attacks.