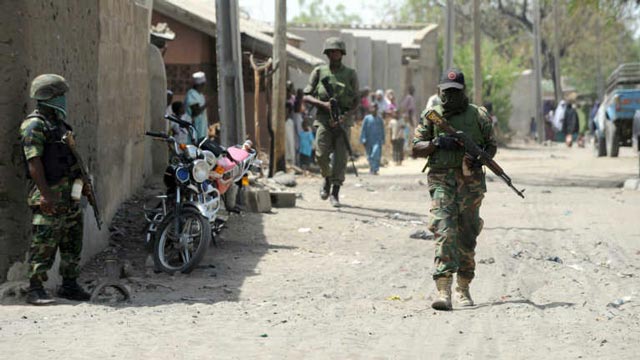 The Borno State government has relaxed a three-week curfew imposed on the metropolis of Maiduguri.

Commissioner of Home Affairs, Information and Culture, Muhammad Bulama, said that the curfew would now be observed between 10:30pm and 6am.

The review will give residents some measure of relief, as the curfew used to take effect from 8pm till 6am.

But he said, the curfew will still be observed between 6pm and 6am in Moloi and Muna Garage, which is currently the target of bombings by Boko Haram fighters.

The Borno Government on January 2, reviewed the curfew, hitherto, observed between 10: 00 PM and 6:00 AM, in view of the prevailing security situation in the state.

A cross section of residents, who spoke with our Correspondent on Saturday, described the relaxation of the curfew  as a “welcome development”.

Malam Babakura Idris, a resident, said the measure was an indication of successes recorded toward restoration of peace in the state.

“In the past three weeks we stayed indoors in the evening due to the curfew and we do not enjoy freedom of movement.

“The curfew builds up fear in our minds and exposes us to hardship.

“Now that it  has been relaxed, the sense of night life will pick up in the metropolis,” he said.

Ahmad Bukar, a butcher, noted that the curfew had negatively affected his businesses, as he could not operate during evening hours.

Bukar noted that most businesses were also affected, as they could not run their activities in the curfew hours in the area.

NAN reports that 12 persons were killed and 48 others wounded in a deadly suicide bomb attack coordinated by the Boko Haram insurgents, on Wednesday at Muna Garage area of the metropolis.

The insurgents had on December 25, attacked a military base at Moloi community, few kilometers away from Maiduguri, torched houses and vehicles.