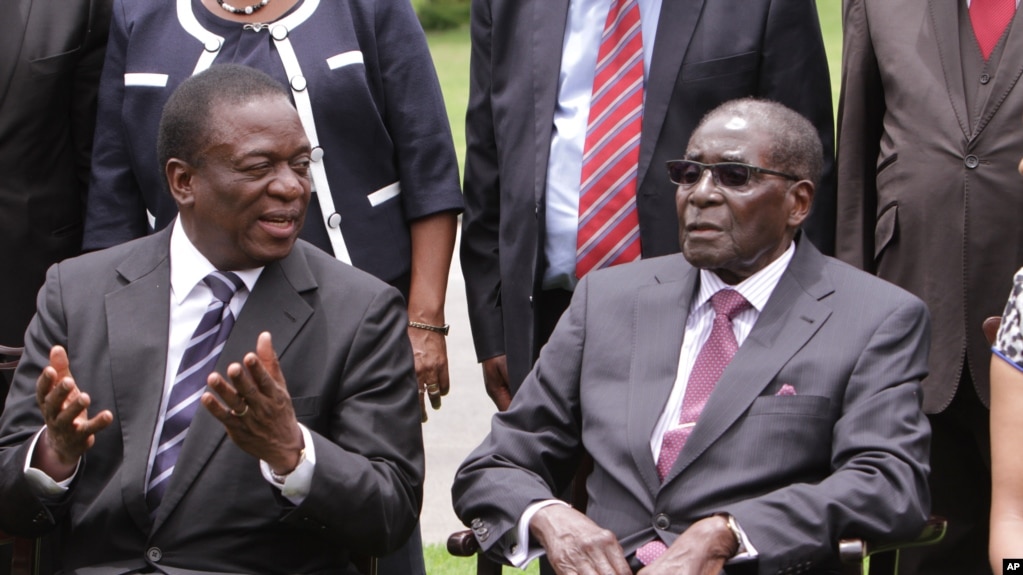 Zimbabwe’s ruling ZANU-PF party on Sunday announced former vice president Emmerson Mnangagwa, as its candidate for president in elections scheduled for 2018.
It would be recalled that Mnangagwa’s sacking sparked a military takeover earlier this week.

“Mnangagwa was elected as president and first secretary of ZANU-PF…  and was nominated as the party’s presidential candidate for the 2018 general elections,” said a party official at a meeting in Harare.

Meanwhile, the wife of the President, Grace Mugabe has been recalled as the leader of the Women League and expelled from the ruling ZANU-PF.

The part announced its decision after an emergency meeting on Sunday.