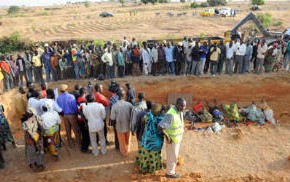 About 15 people have been reportedly attacked and killed in Ancha, a village in Maingo, Bassa Local Government Area of Plateau State on Thursday night.

A witness from the village, Benjamin Aruku, reported the attack in a telephone interview on Friday morning.

Aruku said the attackers are suspected to be Fulani Herdsmen and the attack one of reprisal.

This, he said was based on the fact that about a month ago, Fulanis living within their location accused the villagers of killing and beheading a Fulani boy.

The police spokesperson in Plateau, Teryina Tyopev, is yet to confirm the incident.

He, however, said he would contact the divisional police officer in charge of the area for information.