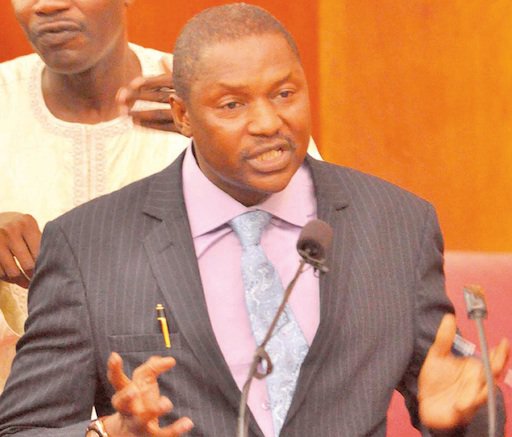 Shortly after meeting the President, the Attorney-General , Abubakar Malami showed concern that the Proceeds of Crime Bill on anti-corruption presently before the National Assembly, isn’t receiving speedy treatment.

He said the President had considered removing some aspects of the Proceeds of Crime Act, that deals with setting up of an Assets Management Agency.

But he did not confirm if the report of the committee investigating the National Intelligence Agency, and the Secretary to the Government of the Federation, was ready.