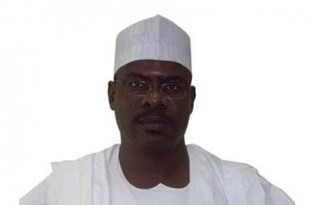 Senate Majority Leader, Sen. Ali Ndume has drummed up support for President Muhammadu Buhari’s administration in the ongoing war against corruption and insurgency bedeviling the nation.

Ndume made the call during a visit to the Internally Displaced Persons camps in Adamawa State where he applauded Nigerian troops for the restoration of civil institutions to the liberated communities in the North East.

Ndume says  the people of his constituency  were so badly affected by the insurgency, adding that the affected communities have learned unforgettable lessons from such barbaric acts.

Ndume who was  in the company of NEMA officials to the IDPs camps where he distributed cash and relief materials worth several millions of naira said that the IDPs have indicated interest to return to their ancestral homes and as individual will support them for safe return.

The Senate majority leader observed that the challenges faced by the IDPs were lack of coordination.

Ndume who delivered the message of the IDPs to Governor Jibrilla Bindow thanked the state for the assistance rendered to Borno Indigenes residing in IDPs camps in the state.