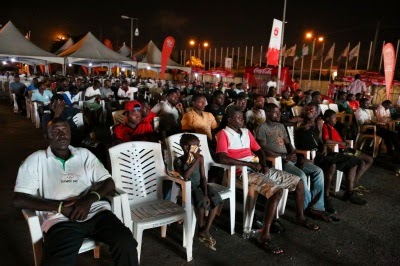 The Minister of Youth and Sports, Solomon Dalung has described as horrific and a sad period, the death of dozens of youths who were electrocuted while watching a football game at a viewing center in Calabar.

At least 30 youths reportedly lost their lives Thursday night during a UEFA Europa league quarter final game between Manchester United and Anderlecht after a high tension electricity cable snapped and fell on them.

Reacting to the incident on Friday, Dalung said; ” It is quite unfortunate that such a gory incident took place where youths usually gather to watch football. We all know the unifying strength of sports especially football irrespective of who is playing the game.

“We in the Ministry of Youth and Sports commiserate with the government of Cross River state , especially the families of the dead on this colossal loss of young people. We pray that we never witness such occurrence again and for the repose of the souls of the dead. May God almighty console you at this time of grief,” Dalung said.