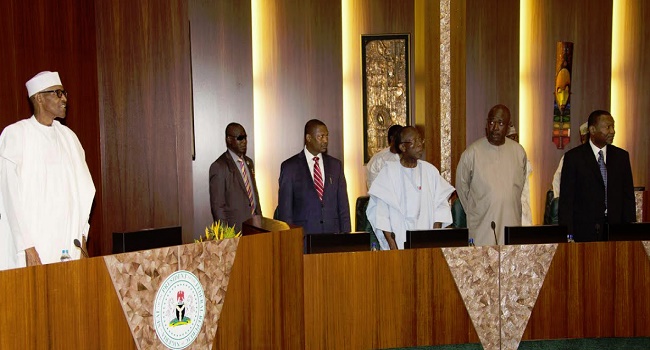 The Federal Executive Council has approved the establishment of the Nigeria Industrial Policy and Competitiveness Advisory Council.
Trade and Industry Minister, Okechukwu Enelamah told journalists after the meeting that the Industrial Council will assist government in formulating policies and strategies to enhance the industrial sector.

Reviving Industrialisation in the country is one of the three key pillars of this Government’s economic growth and recovery plan and an Industrial Council approved at the meeting, is expected to be the platform for achieving this.

The Industrial Council will also serve as the institutional framework for implementing the National Industrial Revolution Plan which was formulated by the previous administration but is being put to work by this government.

But while the Industrial Council is laudable the Trade Minister has a hard time selling the relevance of the Council to a Nigerian economy where industries are finding it difficult to thrive.

Enelamah insists that the Industrial Council will be tasked with collaborating with key players in the private sector on how to better facilitate the ease of doing business in the country.

Briefing Correspondents, Health Minister noted that the CDC already had a notable reputation in Africa and beyond and the legal framework would only serve to make it work better.

He clarified that the CDC had previously not been working as an illegal body but as am arm of the Federal Ministry of Health and this legal framework would only serve to expand its area of relevance for the good of the country.