A car bomb exploded near a hotel on a busy street in the Somali capital, Mogadishu on Monday killing no fewer than 13 people, according to medics.

Spokesperson of the police Captain Mohamed Hussein says the bomber detonated near the Weheliye hotel on the Maka Al Mukarramah road.

Police said the blast damaged a house on Maka al Mukaram street but did not destroy its target, the Wehliye Hotel.

“We have carried 13 dead people and 14 others are injured. The death toll may rise further,” Abdikadir Abdirahman, director of aid-funded Aamin Ambulance services, told Reuters. 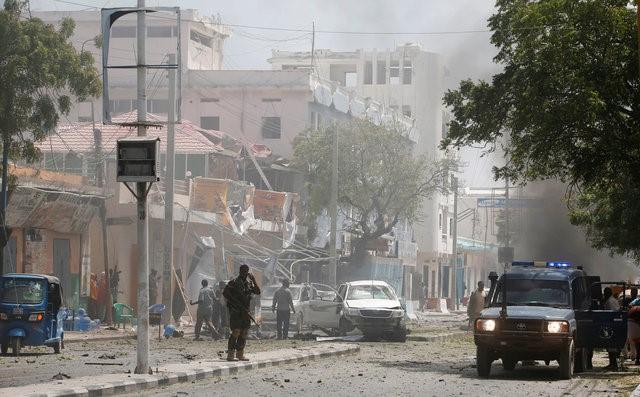 Earlier on Monday, police shot at a minibus, also in Mogadishu, when the driver refused to stop as it approached a checkpoint. The minibus exploded, wounding two bystanders and killing the driver, police officer