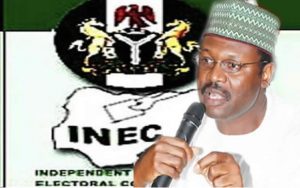 Nigeria’s Upper Legislative Chamber, Senate, has challenged the commission to ensure that it conducted credible elections in 2019.

The Chairman, Senate Committee on Independent National Electoral Commission (INEC), Sen. Ali Ndume, gave the charged when the committee hosted INEC in a defence of its 2017 Budget on Thursday in Abuja.

He particularly called on the Chairman of the commission, Professor Mahmood Yakubu, to surpass the achievements of his immediate predecessor, Professor Atahiru Jega.

Ndume said that the country could not return to the past when irregularities stalled elections across the country.

According to him, the 2015 general elections conducted by Jega was globally acclaimed to be credible and the best of its kind in the history of the country.

The chairman assured that the committee was willing to give the commission all the support it needed to ensure that the 2019 polls and beyond met expectations of Nigerians.

Defending the commission’s budget, its chairman said that N45 billion had been budgeted for its activities in 2017.

He said that N20.9 billion was earmarked for Personnel Cost during the year, explaining that the commission’s staff strength was over 16, 000.

Yakubu added that N19 billion was budgeted for electoral matters as against N25 billion in 2016 because there would be only a few elections during the year.

Due to some exigencies, the commission’s defence was adjourned till Tuesday to enable members of the committee acquaint themselves with details of the document.