The U.S. Senate voted 72-27 on Monday evening to confirm billionaire Wilbur Ross as Trump’s commerce secretary.
The green light comes nearly three months after Trump first tapped the famed investor for his cabinet and four weeks after a Senate committee unanimously voted in favor of his nomination. 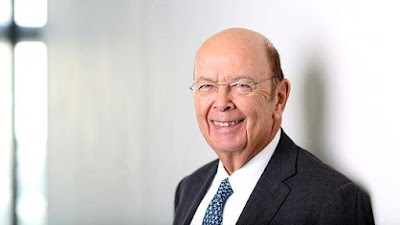 But the confirmation vote was not without controversy. Senate Minority Leader Charles Schumer took to the floor minutes beforehand to protest the White House refusing to release written answers from Ross about the Bank of Cyprus, a bank he is vice chairman of that has links to Russia.Democrats had demanded Ross explain his connections to Viktor Vekselberg, a Bank of Cyprus shareholder who is described as a friend to Russian President Vladimir Putin.

The 13th Delegates Conference of the Nigeria Labour Congress is underway in Abuja, the nation’s capital. The two-day event will...

The Kaduna state Governor, Nasir El-Rufai has raised alarm over alleged plans to protest the Naira scarcity and attendant hardships...