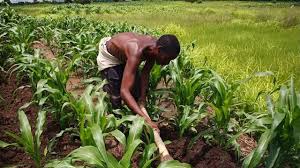 The Federal Government’s home grown school feeding programme would apart from feed primary school children in the state, also take care of unemployment challenges as it would engage caterers and farmers, Adoga Ibrahim, Special Adviser to the Governor on Multilateral Donor Agencies and Special Projects/Focal Person on Social Investment Program has said.

Ibrahim, who made this disclosure yesterday in Lokoja, said the program which is meant to encourage the less privileged parents and pupils to be committed to the system would also engage unemployed caterers and farmers by engaging them to produce more home grown food products. He said the caterers and farmers would be employed from across the 21 Local Governments of the State.

He further said the feeding programme would begin sooner than expected adding that the state government would organise stakeholders’ sensitisation workshop in March prior to the flag-off by Governor Yahaya Bello.

He said the program would revive public schools, create employment, encourage parents to enroll their children in public schools and enhance effective service for better and quality education for the children.