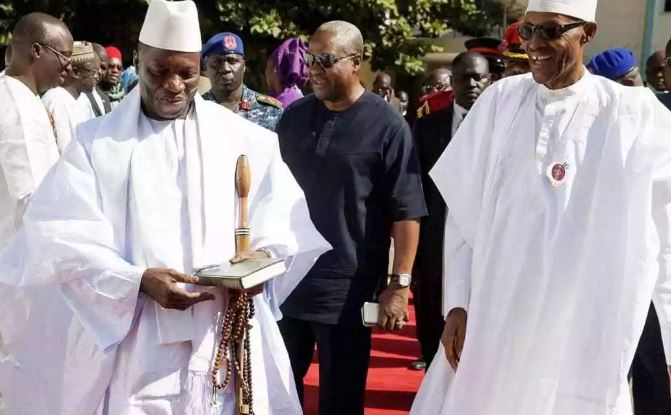 TVC N. As crisis escalates in the Gambia nation of West Africa, the entire West African countries are now ready to pull troops together to combat the uprising in the country, should Yahya Jammeh, the nation’s leader continue to remain adamant to step down.

Punch is reporting that the 15 countries in the region are set to seek approval from the United Nations Security Council to deploy troops to help curtail the restiveness in the Gambia.

A UN envoy, Mohammed Ibn Chambas said a delegation of the ECOWAS leaders to Banjul are now prepared to employ force to compel Jammeh hands over power to the president-elect, Adama Barrow.

Chambas was quoted to have said that: “They plan to leave no doubt about the determination of ECOWAS to use all necessary means, including force, to have the will of the Gambian people upheld.

“Should this be deemed necessary, ECOWAS intends to seek the endorsement of the AU Peace and Security Commission and the formal approval of this council to deploy troops to the Gambia”. The ECOWAS members have called on Jammeh to step down and allow peace reign in the country having ruled the country for 22 years.

This is even as the African Union has said that as from January 19, Jammeh is no more recognized as head of Gambia.

Led by President Muhammadu Buhari, the Nigeria’s president, the delegation landed in Banjul on Friday with Barrow to hold talks with other regional leaders in Mali.