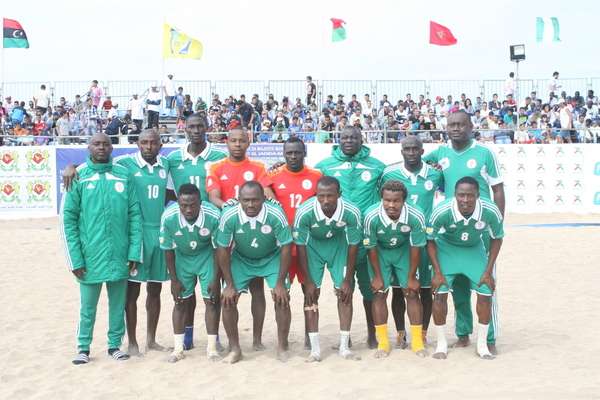 Nigeria’s Super Sand Eagles have kicked off their campaign at 2016 African Beach Soccer championship on a bright note after picking maximum points against Egypt on match day one.

The Sand Eagles who lost the final of Copa Lagos beach soccer tourney against Switzerland last Sunday came through with a 3-2 win over Egypt on Tuesday night at the Eko Atlantic in Lagos.

Nigeria won the competition in 2007 and 2009 and are regard as one of the favourites this year.