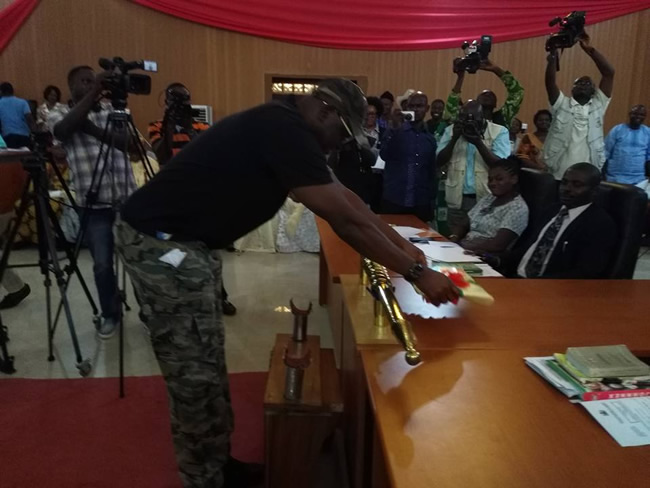 Fayose said this while presenting the 2017 budget, which he tagged: Budget of Higher Height, to the state House of Assembly.

The Governor also revealed that the state could not achieve more than 89% of its budget projections because of the economic hardship in the country.

He said “Our Social Security Scheme will receive additional boost with provision for widows and women empowerment.”

Fayose said ”The performance of the budget is a reflection of the state of the Nigerian economy. It must be noted that Ekiti State is not immuned to the shocks and depression of the national socio-economic scene. It is no longer news that the economy of the nation is in trauma and this had impacted negatively on the finances of the state.”

“We shall also dualize more roads in some Local Government Headquarters. We hope to complete some ongoing rural electrification projects and start new ones in Ile Ona, Iwaji, Igeede, Ilokun and Aba Igbira Waste Plant among others. We intend to boost our capacity in Agriculture by supporting our farmers in Cocoa and Rice production,” Fayose said.

The Speaker of the Ekiti state Assembly, in his response, commended the Governor for judiciously managing the state’s resources.