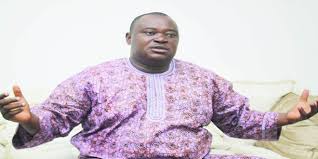 TVC N. Businessman Jimoh Ibrahim is to remain the governorship candidate of the Peoples Democratic Party (PDP) in the election scheduled to hold on November 26 in Ondo state.

It therefore means that Ibrahim, who is recognised by the Independent National Electoral Commission (INEC), would continue to stand as the party’s candidate ahead of Eyitayo Jegede. Jegede had gone to the Appeal Court to seek a reversal of Ibrahim’s recognition as the party’s candidate by INEC. Leadership reports that Saulawa panel also ajdourned all other pending appeals, including the one that was filed by Ahmed Makarfi concerning the crisis over the governorship ticket of the party.

When the case came up on Friday, the court said it was taking the decision to adjourn ‘sine die’ in wait for the decision of the Supreme Court on interlocutory appeals filed by the respondents. Part of the motion filed by the respondents, led by Biyi Poroye, before the Supreme Court on Thursday, November 17, asked that the Saulawa panel be disbanded.

The respondents are all the Ali Modu Sheriff faction members to which tIbrahim also belongs. The report said Makarfi and Jegede are challenging the orders made by Justice Okon Abang of the Federal High Court in Abuja on June 29 and October 14, 2016, that INEC should recognise Ibrahim as the party’s candidate.