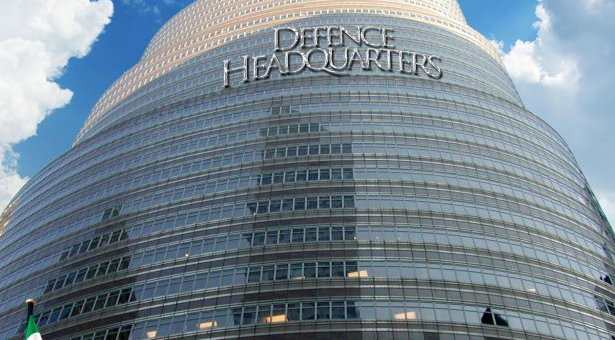 TVC N. The Defence Headquarters (DHQ) has appointed Rear Admiral Apochi Ogabu Suleiman as the new commander of Operation Delta Safe in the Niger Delta, The Cable reports. Suleiman replaces Rear Admiral Joseph Osa Okojie who was appointed in June but has now been reassigned.

This was disclosed in a statement by Col. Kingsley Umoh, on behalf of Director of Defence Information. The statement read: “A new commander for Operation Delta Safe in the Niger Delta has been appointed.

He is Rear Admiral Apochi Ogabu Suleiman. “Suleiman relieves Rear Admiral Joseph Osa Okojie who has now been reassigned.” Umoh added: “This change becomes necessary in order to inject new capability to contain the prevailing security threats and provide adequate much needed stability in the region.” Until his appointment, Rear Admiral Suleiman was the Director Development at the Defence Headquarters.

Before that, he was the Flag Officer Commanding, Central Naval Command. READ ALSO: DHQ denies not knowing about release of Chibok girls His appointment is to take immediate effect. The DHQ had in June replaced Operation Pulo Shield with Operation Delta Safe in the Niger Delta in an effort to restructure the Joint Task Force for better service delivery, efficiency and effectiveness in line with the vision and mission of the Defence leadership.

The Operation Delta Safe was also launched to contain the current security challenges in the Niger Delta, especially, protection of critical national assets and provision of security in the area.

Lekki Demolition: The government is not aware of it – Ambode