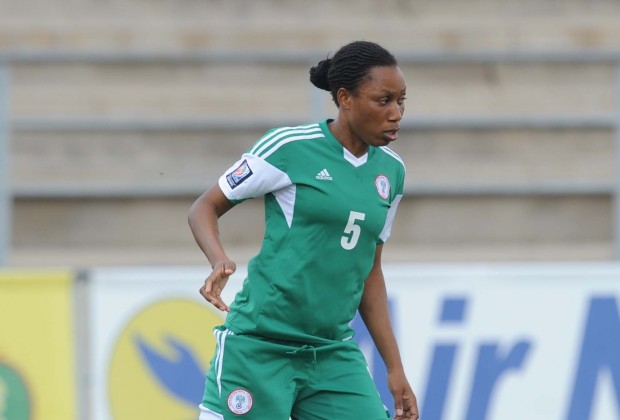 Super Falcons defender, Onome Ebi, has expressed disappointment following super falcons 1-1 draw against the Black Queens of Ghana in their second Group B match of the ongoing Women’s Africa Cup of Nations on Wednesday in Limbe.

The reigning African champions failed to live up to expectation against their rivals Ghana in the game which ended in a draw, a result which was not good enough to guarantee the Florence Omagbemi’s team a semi-final ticket before their Saturday’s final Group B match against Kenya.

Though the Super Falcons remain top of Group B with a superior goal difference, the FC Minsk defender was disappointed at the outcome of the game where they failed to record shots on target.

The Super Falcons are gunning for an eight title and could draw either hosts Cameroun or Egypt in the semi-final of the competition if they go past Kenya on Saturday.