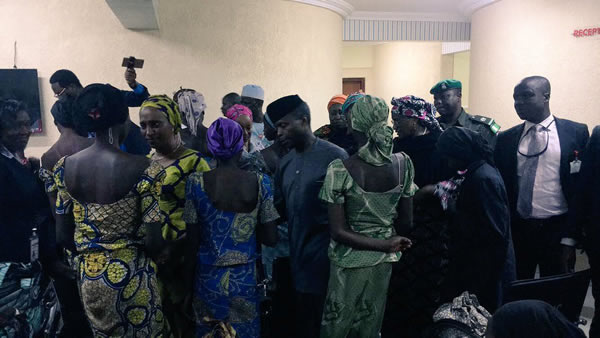 Vice President Yemi Osinbajo has paid a visit to the 21 Chibok schoolgirls who were released earlier today.

The girls are being kept at the department of state services medical centre in Abuja.

Receiving the Vice President, the DSS director praised the efforts of the nIgerian army and the airforce and expressed hope that the remaining girls would be released soon.

The DSS DG later introduced the released girls one after the other.