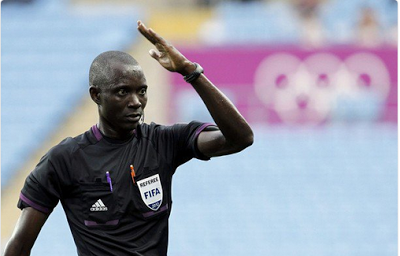 Bakary Papa Gassama of Gambia will officiate the 2018 World cup qualifier between Nigeria and Algeria next month in Uyo.

The 37 year old referee who has been voted Africa’s best for three consecutive years is one of the most respected referees in the continent.

Gassama has been an international referee since 2008 and will be in charge of this year’s CAF champions league final.

The Nigeria-Algeria game will be played on November 12th in Uyo. The playing surface at the Stadium is currently undergoing repair.

The Nigeria football federation has also denied reports the Super Eagles have demanded to be paid their allowances and bonuses in dollars.

The NFF says all outstanding payments have been made to all the players.