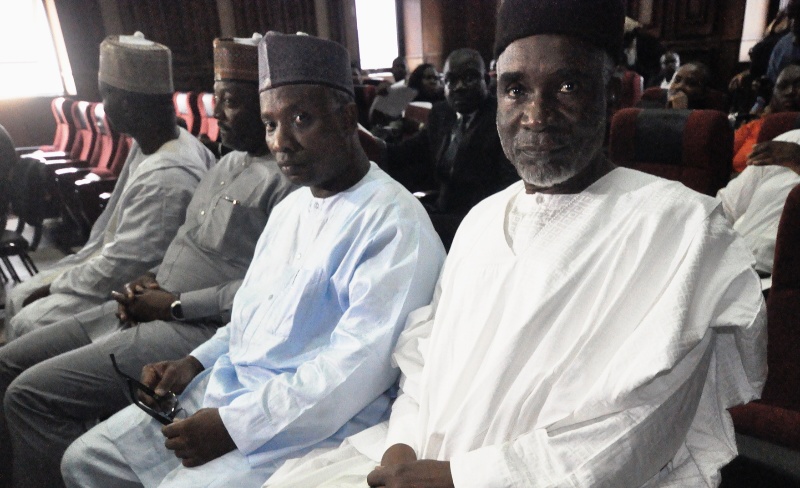 The former governor of Adamawa State, Murtala Nyako and his son,Abdulaziz Nyako are back in court over alleged N40billion fraud.

The Economic and Financial Crimes Commission, EFCC, has re-arraigned ,the duo before the Federal High Court in Abuja.

They were docked on a 37-count money laundering charge alongside two others, Zulkifik Abba and Abubakar Aliyu.

The anti-graft agency alleged that the defendants diverted funds from the Adamawa State treasury between January 2011 and December 2014.

Though the defendants were initially docked before the court in 2015,their fresh plea followed the death of trial judge handling the matter, Justice Evoh Chukwu, in June.

Meanwhile, the new trial Judge, Justice Okon Abang, on Monday, allowed the defendants to go home on the same bail conditions given to them by them by late Justice Chukwu.