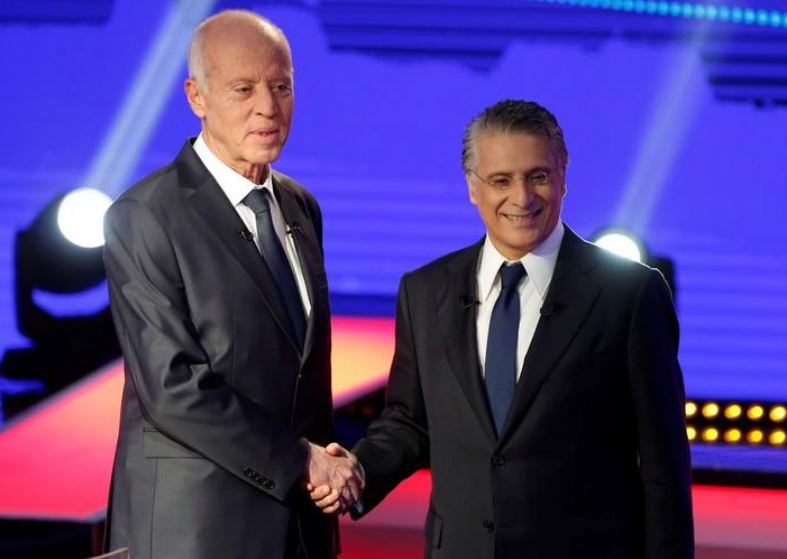 Tunisians cast ballots on Sunday to choose their next president in an election that has raised hard tests for the young democracy as voters rejected established politicians and a major candidate spent weeks behind bars.

Sunday’s decisive runoff pits Kais Saied, an independent law professor, against Nabil Karoui, a media mogul facing corruption allegations, after they won more votes than any of the other 24 candidates in the first round last month.

At a polling station in the working class Ettadamon district of Tunis, there seemed to be greater excitement than in the first round or last week’s parliament election, as officials announced turnout was higher than in those votes.

Outside the school where voters cast their ballots, a man stood haranguing passers by, urging them to vote against Karoui, until a policeman asked him to quieten down.

Inside, Hanan Madouri, a 25-year-old call centre worker in a big straw hat, said she would vote for Saied, citing the corruption trial hanging over his opponent. “I want to vote for a correct, serious person,” she said.

The two candidates offer starkly different options for president: Saied has spent almost nothing on his campaign, has the backing of both leftists and Islamists, and wants Tunisia to adopt an experimental form of direct democracy.

Karoui has courted the poor, showcasing his philanthropy on the television station he owns, but has also appealed to the business elite and to some secular Tunisians worried about Saied’s conservative social views.

Karoui was arrested in August and held pending a verdict in his trial for money laundering and tax evasion before a court released him on Wednesday. He denies the accusations against him.

Both candidates present themselves as outsiders taking on an establishment that has failed to improve Tunisia’s economy or arrest a decline in living standards since the 2011 revolution that introduced democracy and inspired the “Arab spring”.

Dissatisfaction with the political elite was evident in both the first round vote and last week’s legislative election, as major parties lost ground, independents did well, and turnout was low.