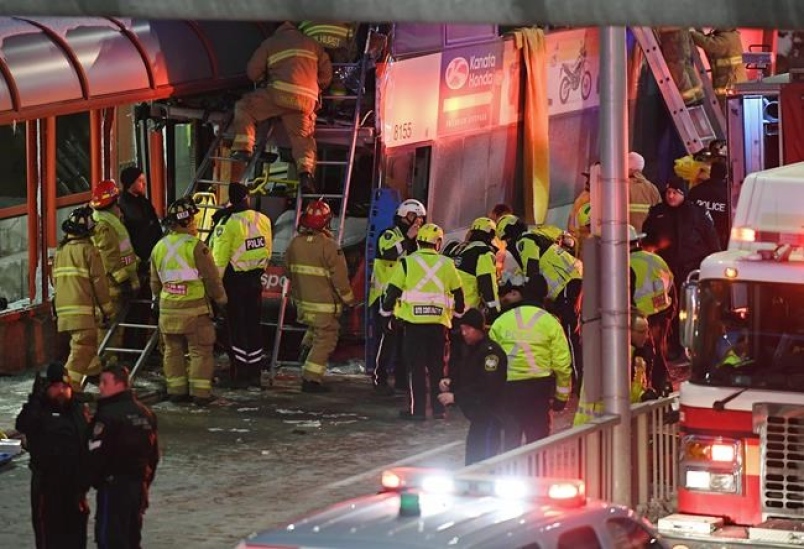 Three people have been killed and nearly two dozen injured, following the crash of a double-decker bus into a bus shelter in the Canadian capital of Ottawa during rush hour.

Part of the upper right side of the bus tore off in the collision, which happened at a busy transit station in the west end of the city.

Ottawa’s Mayor, Jim Watson said that 23 people were injured in the collision, some very seriously, and taken to hospital.

The police say the bus driver was arrested at the scene and taken in for questioning, but he refused to give details of the accident.

This the second major crash in recent years involving an Ottawa transit bus.

A double-decker commuter bus crashed into a passenger train in September 2013, killing six people including the bus driver.