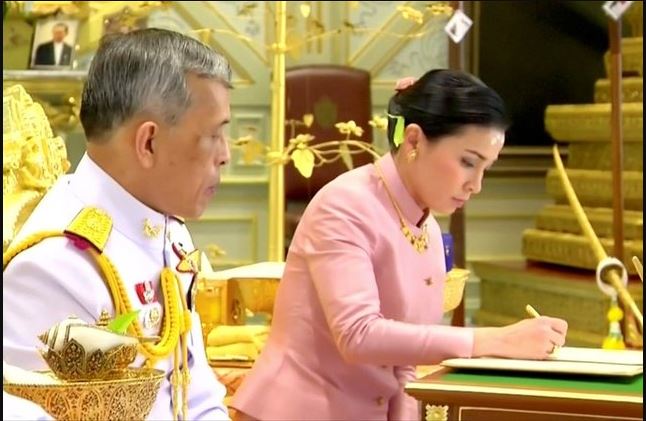 The official royal consort of Thailand’s King Maha Vajiralongkorn has been stripped of her title.

The title, ranking and all medals have been removed from Sineenat Bilaskalayani for inappropriate behavior and a failure to be loyal to the monarch, according to the statement released Monday night in Bangkok.

Sineenat, 34, was the first person to hold the title of Royal Noble Consort in almost a century. Vajiralongkorn designated her as such in July, three months after he announced his fourth wife Suthida Bajrasudhabimalalakshana as the queen.

Sineenat failed to respect royal traditions by trying to make herself equivalent to the queen, according to the statement, which added that she also defied the royal couple.

“Sineenat’s behavior disrespected the monarchy, caused conflict among royal household officials and created misunderstanding among the public,” it went on to say.

In August, the palace released unprecedented pictures and a biography of Sineenat, which provided a rare insight into royal life. Images of her posing with the monarch were among the dozens released.

Vajiralongkorn became king in 2016 but the formal coronation was delayed until May this year.

Thailand’s top royals are officially treated as semi-divine. They are also protected by lese-majeste laws that allow for as long as 15 years in prison for those convicted of threatening or insulting them, limiting public discussion of the monarchy.