Ikechukwu Ezenwa said he’s delighted to return to the home-based Super Eagles squad who are set to confront Togo in Lome in the CHAN 2020 qualifying games.

The Nigeria B team arrived Lome, Togo, on Friday for the Championship for African Nations (CHAN) qualifier against Togo on Sunday.

The fair skinned Heartland returnee was part of Samson Siasia’s silver medal winning U-23 squad at the 2008 Beijing Olympics.

He was equally part of the Super Eagles squad to the 2018 FIFA World Cup in Russia.

Ezenwa is not new to CHAN duties having captained the squad in 2014 when they won silver after losing 4-0 to hosts Morocco in the final.

He said the players are hopeful of securing a ticket for the 2020 edition of the tournament reserved for players playing in the African continent. 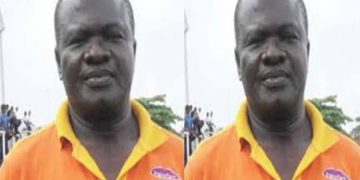