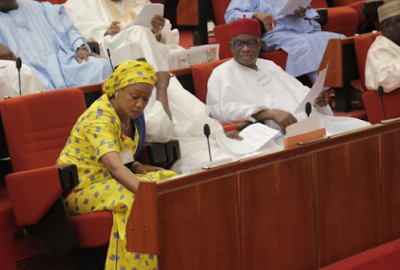 There was a rowdy session at the Nigerian Senate on Wednesday when a proposal that one percent of the country’s annual revenue be given to Lagos state was rejected.

The bill tagged, “a Bill for an Act to make provisions for Federal Grants to Lagos state in recognition of its strategic socio-economic significance”, was sponsored by Senator Oluremi Tinubu (APC, Lagos Central).

The confusion started when the Chief Whip, Senator Olusola Adeyeye suggested that 13 percent of the total money realised from Value Added Tax (VAT) be given to Lagos state.

Deputy senate president, Ike Ekweremadu raised the question trice on whether the bill should be allowed to scale through for second reading, the Senators unanimously voted against.