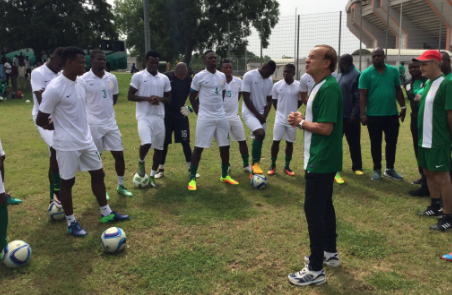 Super eagles coach Genot Rohr has confirmed that players in the Nigeria Professional Football League still have a place in the senior national team.

The German tactician was criticised for inviting only a player from the NPFL for the eagles’ friendly in London.

Rohr says he is impressed with the quality of play in the Nigerian league after watching the top of the table clash between MFM FC and El-Kanemi Warriors at the Agege Stadium on Sunday.

Rohr, though coy on the players that have caught his attention, says he has seen some talents good enough for the Super eagles.