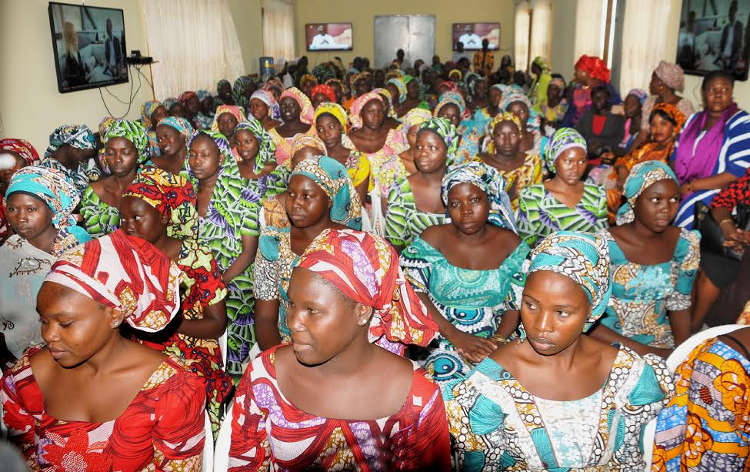 Released Chibok girls to return to school in September – Alhassan

Released Chibok girls to return to school in September – Alhassan

The 106 released Chibok girls will go back to school by September this year.
Minister for Women Affairs, Mrs Aisha Alhassan disclosed this to the girls and their parents during a social gathering in Abuja.

She explained that the Nigerian government is collaborating with the American University Yola, to ensure all the girls are accommodated by the school.

The gathering was the third the girls were allowed to meet with their parents since they were rescued.

Mrs Alhassan stressed that the goal of the Nigerian government is to have all the girls back in school by September.

She also gave reasons for restricting access to the girls, placing emphasis on their healing process.

Some of the girls who spoke with TVC News, expressed their appreciation, but also want the government to intensify efforts to rescue others in Boko Haram captivity

Negotiations are still ongoing to ensure the safe release of the remaining abducted Chibok girls.