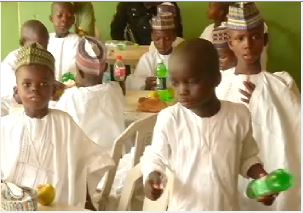 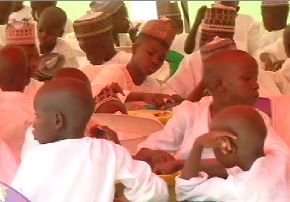 An estimated ten thousand children have been orphaned by the activities of Boko Haram insurgents operating in the north eastern part of Nigeria, and majority of them live at various Internally Displaced persons camps  across the country.

The war against Boko Haram insurgents in the north eastern part of Nigeria has caused the nation grave damage. Thousands of persons have been displaced with several others killed in the war that started a decade ago.

A huge number of casualties have resulted from the war with numerous widows and orphans living at the various Internally Displaced Persons camps without proper care.

Worried by the condition  of the orphans living  in camps without parental care, a philanthropist in Sokoto, Umaru Kwabo with the support of the state government and the Sultanate council adopted a  hundred  and thirty  children orphaned by the Boko Haram  war  from Borno and Yobe states

One hundred and ten children brought to Sokoto for proper care and better education. One year after taking the children to Sokoto, Borno State government sent it’s delegation to Sokoto to appreciate the kindness extended to them by the philanthropist and Sokoto state.

For his part,  Sokoto state deputy governor expressed appreciation at the visit by the Borno State Government.

Non governmental organisations, foreign government, philanthropists and other well spirited individuals have continued to offer help to victims of the insurgency.

Despite the  challenges created by the war, the Borno State, government says it’s has tried its best to better the lot of victims of the Boko Haram war in the state.