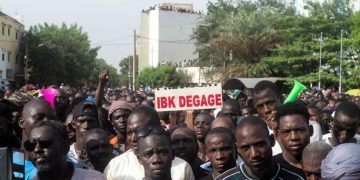 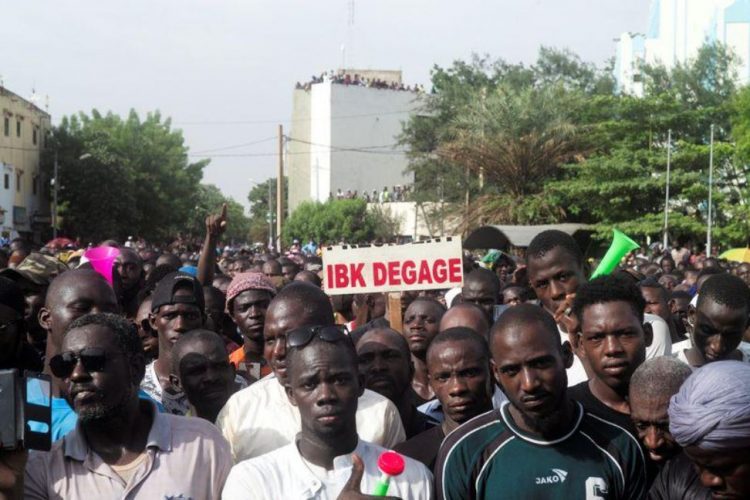 Thousands of Malians have joined a protest rally in the capital Bamako to demand the resignation of President Ibrahim Boubacar Keita over what they say is his mishandling of many crises plaguing the west African nation.

Keita, re-elected in 2018 for a second five-year term, is struggling with a years-long security crisis in northern Mali, an outbreak of the new coronavirus and political tensions arising from a disputed legislative election in March.

Some protesters brandished placards that read “IBK must go” and “No to bad governance”.

Police declined to give an estimate of the number of protesters, but the U.S. Embassy in Mali said on its Twitter account that approximately 20,000 people had gathered at Bamako’s Independence Monument at the start of the rally.

“The crisis in the north has worsened and spread to the centre of the country. There is no security, no jobs,” said Ben Adama Diarra, 33, a spokesman for one of the rally organisers.

“Everyday we record deaths (from the violence and COVID-19). Mali is becoming a large cemetery,” he added.

The Sahel nation, which has a population of around 19 million, has so far reported 1,485 cases of COVID-19, the lung disease caused by the new coronavirus, and 87 deaths.

Mali, which produces gold and cotton, has struggled to find stability since 2012 when jihadist fighters hijacked an insurrection by Tuareg separatists, seizing the entire desert north of the country.

French troops helped to recapture the north but violence persists, despite the presence of thousands of United Nations troops, with groups linked to al Qaeda and Islamic State stoking intercommunal tensions.