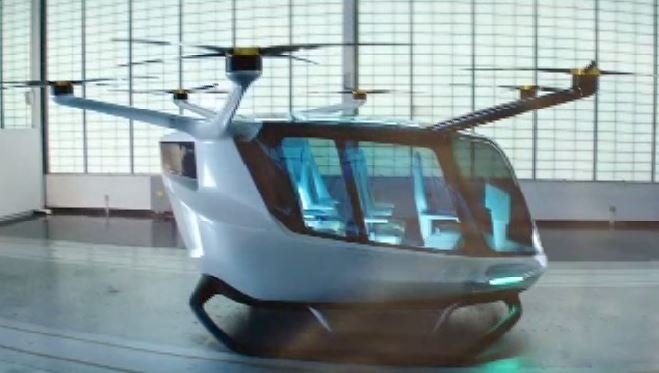 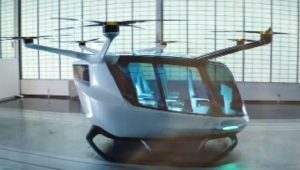 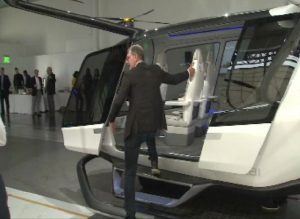 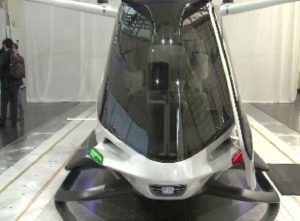 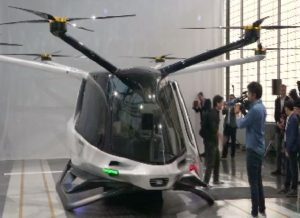 Developers of a multi-rotor hover craft billed as the first flying vehicle to be powered by hydrogen.

Fuel cells have unveiled a full-scale model in Southern California, in a show-and-tell that raised some eyebrows but never left the ground.

A mock-up of the futuristic aircraft, dubbed “Skai” by its inventors, was put on exhibit for investors, news media, and other invited guests outside the BMW Group’s Designworks studio in Newbury Park.

Engineering and avionics for the drone-like vehicle were developed by Alaka’i Technologies, a privately held company based in Massachusetts but named for a tropical forest in Hawaii ranked as one of the wettest spots on Earth.

The company touts the Skai craft as a promising new zero-emissions mode of personal airborne transport ideal for Southern California, a region long plagued by smog and infamous for traffic gridlock of epic proportions.