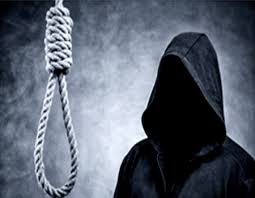 Nigeria has been urged to redefine its justice system, especially on the issue of death penalty.

A Human Rights lawyer, Collins Okeke stated this against the backdrop of the recent capital punishment prescribed by an Abuja High Court against Maryam Sanda, who was convicted on Monday, for the murder of her husband three years ago.

The lawyer contends that contrary to the reasons behind such judgment, death penalty doesn’t deter criminality.

Capital punishment is a legal penalty in Nigeria., and methods of executions include hanging , shooting, stoning, and since 2015, lethal injection.

During the Nigerian military juntas of 1966–79 and 1983–98, the government used capital punishment against political opponents, most notoriously when General Sani Abacha ordered the execution of the Ogoni Nine by hanging in 1995.

Since the transition to democracy, executions have become rare; no executions took place between 2006 and 2013, when four prisoners on death row were hanged. About a thousand prisoners were awaiting execution at the time. After that, there were no more executions until 2016, when three men were hanged for murder and armed robbery. These executions were the last to date in Nigeria.

On 17 December 2014, after being found guilty of conspiracy to commit mutiny, 54 Nigerian soldiers were sentenced to death by firing squad. The trial was held secretly by a military tribunal.

Kidnappers to get the Death Sentence In Kebbi state, life Imprisonment For Rapists

US places Nigeria on list of countries engaging in religious violations

Sowore, human rights and the rule of law – Wole Soyinka