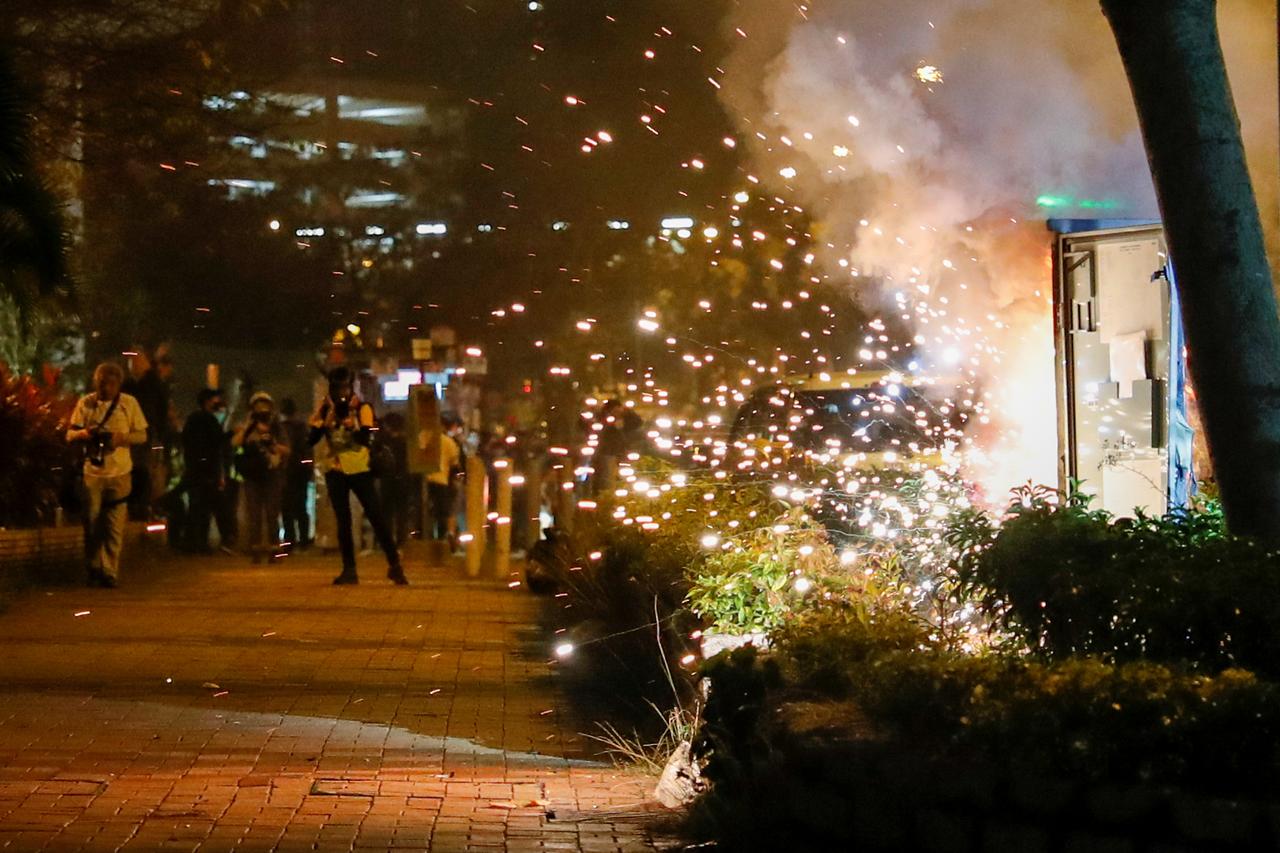 Hong Kong protesters are planning a 24th straight weekend of pro-democracy rallies, including memorial mourning of a student who died after a high fall during a rally.

The death of the student at a hospital on Friday is likely to fuel anger with the police, who are under pressure over accusations of excessive force as the territory grapples with its worst political crisis in decades.

Hong Kong activists are mourning the death of a university student. They want the government to conduct an ‘open’ and ‘transparent’ investigation over the case.

The circumstances of how he was injured are still unclear but authorities say he is believed to have fallen from the third to the second floor in a parking lot when police dispersed crowds in a district east of the Kowloon peninsula.

Chow’s death is expected to spark fresh protests and fuel anger and resentment against the police, who are already under pressure amid accusations of excessive force as the city grapples with its worst political crisis in decades.

“The family wants to tell the media and people of Hong Kong that thank you very much for showing your support and encouragement at Queen Elizabeth Hospital in the past few days, they are very thankful,” Hong Kong University student Union president, Lai Wai Chun said.

“Firstly, we need to find out the truth. Secondly, we need to conduct a thorough investigation to know why it took the police and first aid 20 minutes to arrive.”

Activists in Hong kong are mourning his death, they are demanding an open and transparent investigation in the case.

Also, Hong Kong activists, Joshua Wong said: “We mourn together and we urge Hong Kong people wear black T-shirts together today and tomorrow (November 9) to show our solidarity and unity. Now is the time for the government to set up the independence investigation. We need to know and seek for truth and justice and which is really insane and unreasonable for how the government allow the police to attempt ‘murder’ the Hong Kong people, which proof that reform the police force is a must.”

Chow was found lying unconscious in a pool of blood inside a car park that police had fired tear gas into after protesters hurled objects from the building.

Protesters claimed that by firing the teargas, police delayed the deployment of emergency medical services to the victim.