Secretary to the Government of the Federation, Boss Mustapha has restated government’s preparedness to combat the deadly Coronavirus in the advent of an outbreak in Nigeria.

He cautioned that residents should avoid rumors about the spread of the disease to avoid panic.


Helen Osamede-Akins reports that since the outbreak of coronavirus in China, many nigerians and nationals of other African countries have been living with unease. 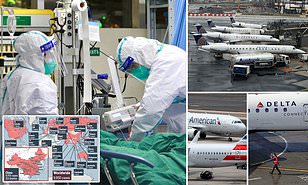 The mounting fear was not helped by a rumour that a man with the virus had checked into a hospital in Lagos, but the government has since debunked the rumour even though many still worry that the Nigerian government is nor doing enough to prevent the entry of the disease into the country.

The office of the secretary to the government of the federation sensitised its staff on precation to be taken against the Coronavirus and lassa fever.

The virus has so far spread to twenty-six countries in the world .

Meanwhile, the death toll from the coronavirus outbreak in mainland China has risen to 636. this is according to the country’s National Health Commission.

The majority of new cases reported are in Hubei and its provincial capital Wuhan. Some 31,161 infections have been reported across China.


The virus has killed two people outside mainland China, one in Hong Kong and another in the Philippines, and at least 25 countries have confirmed cases.

The Director-General of the World Health Organization, Tedros Adhanom Ghebreyesus, has asked for $675m to help countries address the expected spread of the virus.